Despite their valiant second-half efforts yesterday, the Washington Football Team (WFT) lost 30–27 to the Detroit Lions with a last-second field goal. Say it ain’t so. 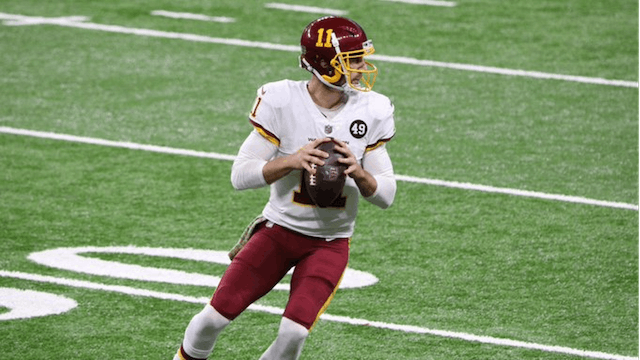 The GIST: Despite their valiant second-half efforts yesterday, the Washington Football Team (WFT) lost 30–27 to the Detroit Lions with a last-second field goal. Say it ain’t so.

🏈Dashed hopes: QB Alex Smith’s record day wasn’t enough to secure a WFT win. In his first start in two years (cue tears), Smith threw a career-high 390 passing yards to help erase a 21-point deficit and tie the game. Unfortunately, rookie defensive end Chase Young was called for a penalty in the game’s waning seconds, which led to the Lions’ game-winning field goal. What a heartbreaker.

🏀Gee Wiz: In the basketball world, it’s draft time! With the No. 9 pick (again) in Wednesday’s 2020 NBA Draft, the Wizards will probably select a player like USC’s Onyeka Okongwu (pronounced OWN-YEA-CUH OH-KONG-WOO) to provide much-needed rim protection. The Wiz just missed the playoffs last season, and we think this pick combined with the return of John Wall will put them back on track.

🥊One last thing: We’ve partnered with our friends at BoxUnion to bring our regional GISTers a complimentary LIVE fitness class on Saturday, November 21st at 11 a.m. ET. Register here for the class, plus a chance to win a three-month subscription to BoxUnion Digital and exclusive GIST swag.