Dallas: Allisha Gray day ends with a win for the Wings 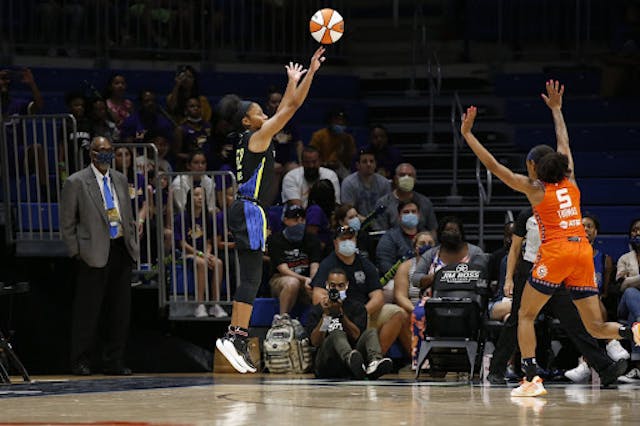 🏀Wings: Allisha Gray belatedly celebrated “Allisha Gray Day” by scoring 20 points in the Wings’ 80–76 win over the Chicago Sky on Tuesday, helping Dallas move to eighth place in the WNBA standings (if the season ended today, they’d just barely make the playoffs). And they did it without All-Star Satou Sabally, who is still recovering from an Achilles injury.

⚾️Baseball: While the Rangers continue to struggle (as in losing seven of their last 10 games...yikes), at least we can look forward to watching Wylie Little League. Led by 12-year old Ella Bruning, the 20th girl to compete at the Little League Baseball World Series, Wylie opens up play vs. Washington tomorrow at 7 p.m. ET/6 p.m. CT. Three cheers.