News from the Angels, Clippers, Lakers, and Kings 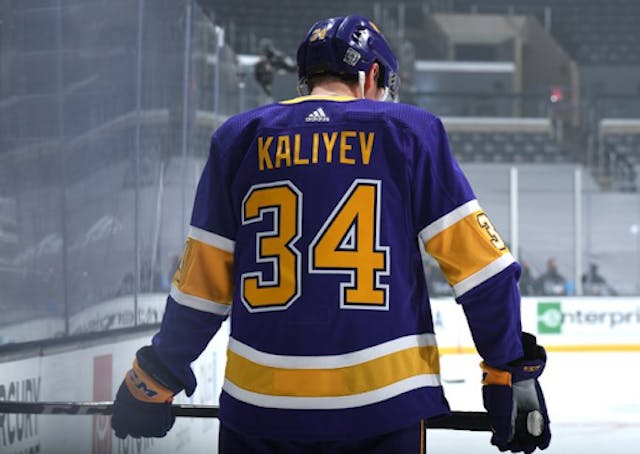 🏀NBA: They’re coming home. The Clippers rounded out their six-game road trip with a victory last night over the Cleveland Cavaliers. Doesn’t quite make up for Tuesday’s loss to the Brooklyn Nets and their Big Three, but we’ll take it.

🏒Kings: The Kings lost Tuesday’s “Freeway Face-Off” to the Anaheim Ducks 3–1, but it wasn’t all a wash. Nineteen-year-old winger Arthur Kaliyev made his NHL debut and scored his first NHL goal. Seeing #34 in Forum Blue Purple and Gold reminds us of a certain LA sporting legend.