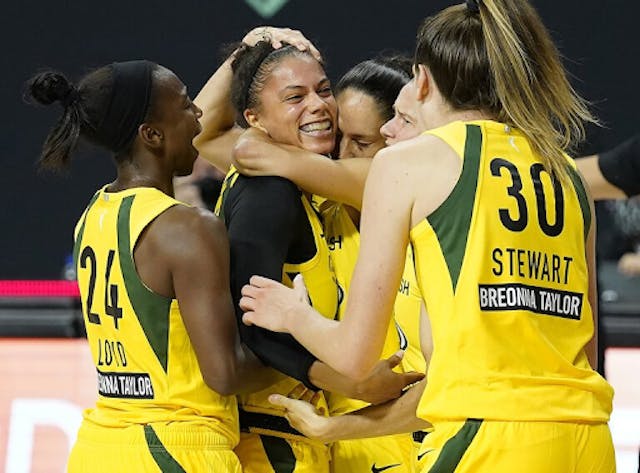 🏀Storm: Last year, Sue Bird helped bring home the Storm’s fourth championship, and now, the masked legend is returning to the Storm for her 18th season. We knew she wouldn’t leave us.

College basketball: Speaking of talent, Gonzaga basketball is full of it. The No. 18-ranked women won their 14th-straight game, taking down Saint Mary’s 79–52 on Saturday. And the No. 1-ranked men had six players score double digits in Saturday’s 97–75 victory over Pepperdine to remain undefeated. Teamwork makes the dream work.

⚽️Sounders: We’ve been sitting, waiting, wishing for this to happen. Midfielder Kelyn Rowe is coming home to the Sounders! Seeing Rowe and his Seattle skyline tattoo outfitted in Rave Green? Heck yes.