Seattle: Who run the world?

The GIST: Super Bowl, what? We multitasked while sipping on our Starbucks (hello, new OL Reign sponsor) and focused on our college women’s basketball and soccer teams, too. 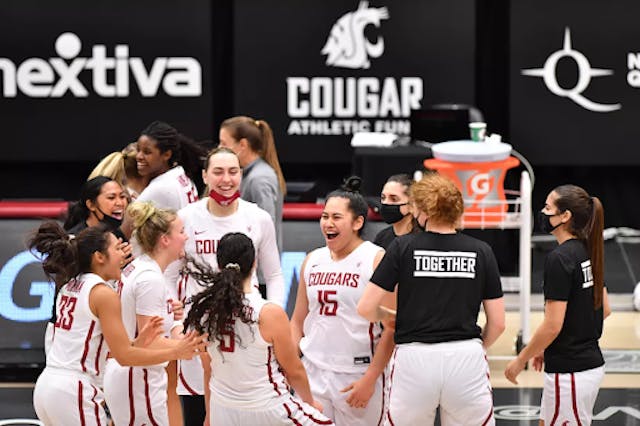 🏀Basketball: Are the Cougars back, back again? Well...sort of. Thanks to freshman Charlisse Leger-Walker’s three-pointer in the final minute, Washington State took down No. 5 UCLA on Friday, marking the first time in program history they upset a top-five opponent.

⚽️Soccer: Women’s basketball wasn’t the only Wazzu team in action this weekend. With the usual fall season moved to the spring due to COVID-19, the No. 19 women’s soccer team finally opened their season yesterday, downing Seattle U 2–1.

But Wazzu’s highest rated recruit in program history, Trinity Rodman, was absent from the pitch. Rodman, 18, chose to turn pro before ever suiting up for the Cougs. And seeing as she was selected second overall in last month’s NWSL draft, we don’t blame her.