Washington D.C.: Nationals are back in winning form after sweep of Toronto Blue Jays 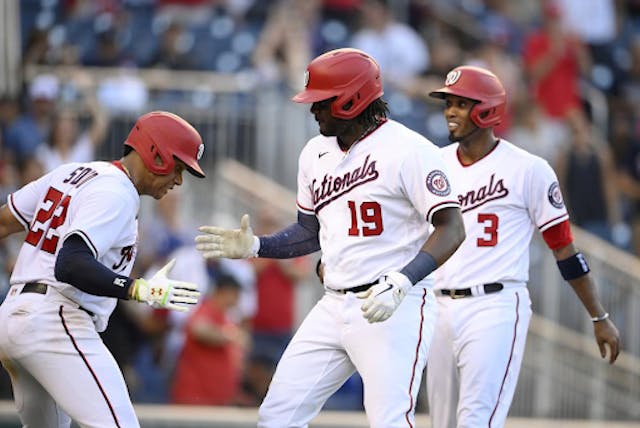 🏀Mystics: Despite Tina Charles having her fifth 30-point, 10-rebound performance of the season on Tuesday, the Mystics fell to the Las Vegas Aces, again, this time 93–83. We can’t take these second-half lapses anymore. Womp.

⚾️Nationals: The Nats, on the other hand, snapped a seven-game skid on Tuesday and then completed the two-game series sweep of the Toronto Blue Jays yesterday. First baseman Josh Bell hit a three-run homer off Nat-turned-Jay pitcher Brad Hand to lift Washington to the 8–5 (curly) W. Sweet, sweet victory.

🏈Washington Football Team (WFT): The WFT are looking for their first preseason win tomorrow at 8 p.m. ET against the Cincinnati Bengals, and third-string quarterback Kyle Allen is ready to play for the first time since his season-ending ankle injury last year. Interesting.

Off the gridiron, the organization has narrowed the new team name down to three possibilities. Out with it already!