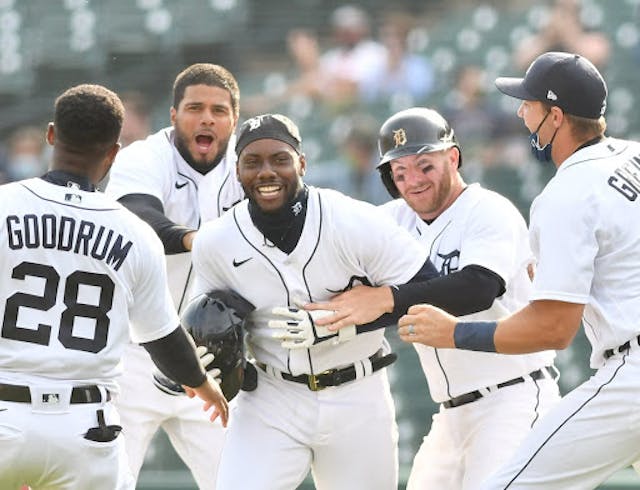 ⚾️MLB: The MLB announced a new location for their All-Star Game, and if he keeps things up, we could see Detroit Tigers rookie Akil Baddoo in action in Colorado. After homering on the first pitch of his first MLB at-bat last week, Baddoo followed it up with a grand slam in his second career game and a walk off single in his third.

🏈NFL: Two of the 22 women suing Houston Texans quarterback Deshaun Watson identified themselves and shared their heartbreaking stories this week. Ashley Solis described the negative effects Watson’s sexual harassment has had on her mental health and professional life, while Lauren Baxley called him “nothing more than a predator with power."

🏀College basketball: While the women’s March Madness tourney was setting viewership records, there were some big coaching moves on the men’s side. On Monday, North Carolina hired former Tar Heel Hubert Davis, the program’s first Black head coach. Davis was an assistant to his predecessor, Hall of Famer Roy Williams. Big shoes to fill.

As for firings, coach Sean Miller is out at Arizona. The school was part of the 2017 FBI investigation into college basketball and, in December 2020, the men’s team self-imposed a one-year postseason ban due to the ongoing investigation.