Philadelphia: Hope is a heartache 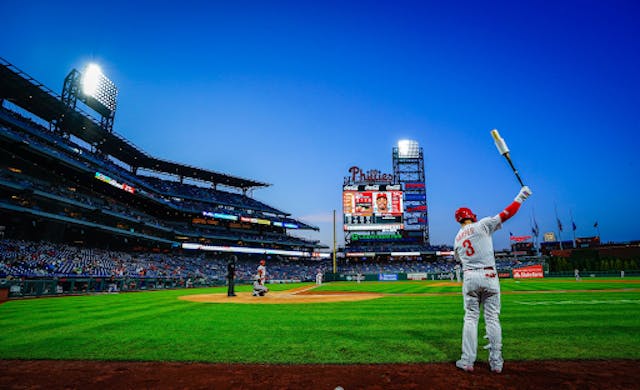 🏀Sixers: The 76ers added a fourth straight loss to their record on Saturday, slipping into second place in the Eastern Conference. Philly missed Ben Simmons — who’s been sidelined in all four losses due to illness — and Joel Embiid due to shoulder injury, but thankfully, both should return soon.

⚾️Phillies: After splitting their first two games against the Colorado Rockies, the Phillies were off to a great start when Bryce Harper crushed a 468-foot (!!!) homer to give the squad a 2–0 lead.

🏒This week’s highlight: ICYMI, Flyers left winger James van Riemsdyk had an interesting stat line on Thursday when he scored a goal thanks to a deflection off his...face? To make it even better, van Riemsdyk returned to the ice after seeking medical care to score another goal in the Flyers’ 3–2 win over the NY Rangers. That’s some grit.