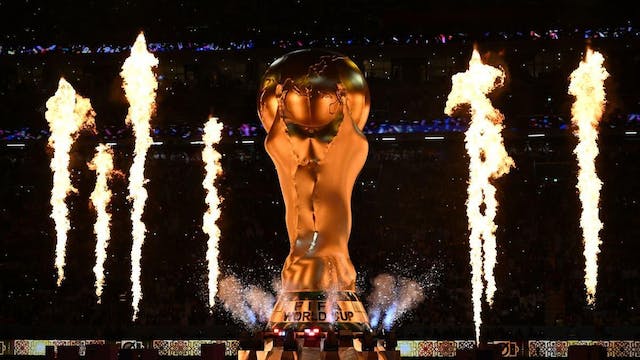 The GIST: ICYMI, Qatar’s men’s FIFA World Cup kicked off yesterday with a lavish opening ceremony featuring emcee Morgan Freeman, K-pop star Jungkook and soldiers on camels. Our takeaway? Money can buy you an all-star opening act, but it can’t buy you a winning soccer team…

Day 1 recap: No. 50 Qatar opened the tournament with a 2–0 loss to No. 44 Ecuador in their first-ever World Cup appearance — the first time a host has ever lost an opening match in men’s World Cup history. How fitting.