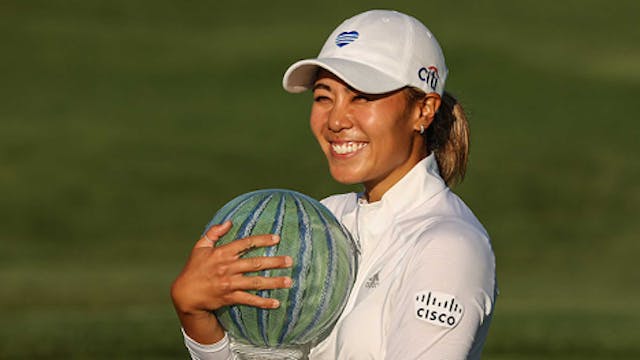 Golf: Danielle Kang is a freaking powerhouse. The world No. 2 has won both tournaments since the LPGA’s season restart: last weekend’s Drive On Championship and yesterday’s Marathon Classic. The LPGA’s first major of the season, the AIG Women’s British Open, is set for August 20–23rd, and all bets are on Kang.

Soccer: With the MLS is Back Tournament’s early COVID-19 issues, we had our doubts that this day would ever come, but here we are: just one day away from the final, between the Portland Timbers and Orlando City SC (SC stands for Soccer Club). There’s no way we could’ve predicted these two as the finalists, but we’re totally here for it.

College Football: On Saturday, the Mid-American Conference (MAC) became the first FBS (Football Bowl Subdivision) conference to postpone its fall sports season. More players have also opted out of the 2020 season, either due to COVID-19 concerns or to focus on prepping for the next NFL Draft. What does this mean for the other conferences and the end-of-season bowl games? TBH, not sure.