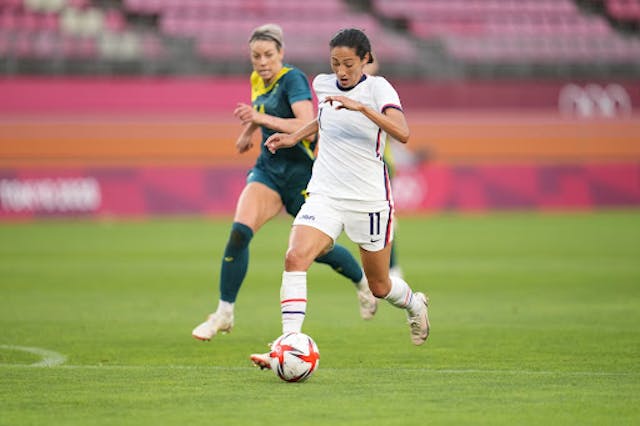 ⚽️Soccer: It wasn’t pretty, but it was enough. In their final game of group play earlier today, the USWNT battled to a 0–0 draw with Australia, squeaking into a spot in Friday’s quarter-finals. USWNT will face the Netherlands at 7 a.m. ET, a rematch of the 2019 World Cup final. LFG.

🥇First medals: Bermuda is now the smallest country (by population) to ever win a gold medal, after triathlete Flora Duffy won the country’s first gold yesterday, finishing her race in 1:55:36. Small but oh so mighty.