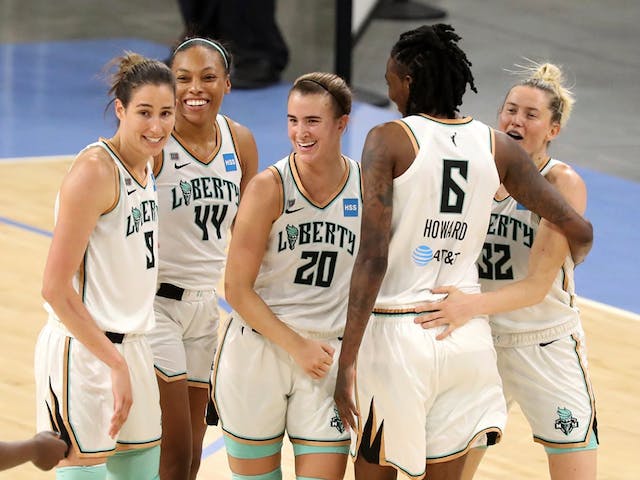 ⚾️Yankees: After the Yankees crushed the Seattle Mariners 12–1 on Tuesday (thanks, in part, to Giancarlo Stanton’s three-run homer), the Mariners made last night’s game a little more interesting.

⚾️Mets: The Mets couldn’t get their bats moving in yesterday’s 5–0 loss to the Milwaukee Brewers. That said, they still took the series 2-1. Two outta three ain’t bad.

⚽️Gotham FC, with 3 wins, 3 draws and 1 loss, is in for a tough match against the 5-0-3 Portland Thorns on Sunday at 3 p.m. ET, especially with Gotham’s Carli Lloyd away with the USWNT and ESPY-nominated goalkeeper Kailen Sheridan with Team Canada.