Seattle: In this house, we love and appreciate women’s sports 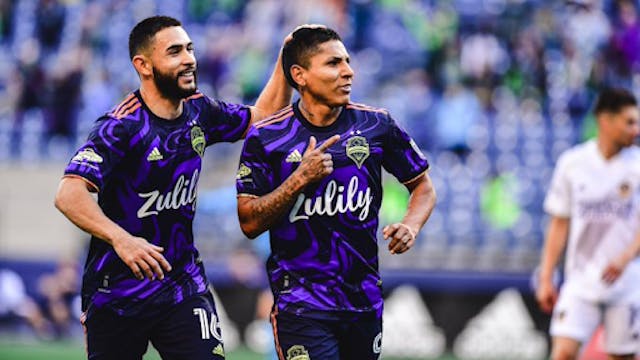 ⚽️Sounders: Where can you get vaccinated, score a free hot dog and watch soccer? At Lumen Field during the Sounders’ game, of course. Captain Nicolás Lodeiro returned from injury as the Sounders stifled the LA Galaxy 3–0 last night. Raúl Ruidíaz scored a brace, including this beautiful goal. Look good, feel good, play good.

🎓⚽️UW: Heads up, both UW soccer squads are moving on to the Sweet Sixteen of the NCAA Tournament. With their trusty stingy defense, the No. 7 men beat Grand Canyon 2–0 yesterday, only allowing the opposition one shot on goal. Bow down.

👎SMH: This poll from The Seattle Times asking fans which Seattle team’s jersey they most recently purchased, really missed the mark. We love the Seahawks, Mariners and the almost-ice-ready Kraken, but how do you leave out the two-time MLS Cup-winning Sounders, the two-time NWSL Shield winner OL Reign or the four-time WNBA champion Storm? Guess we just have too many great teams to fit in a single Twitter poll.