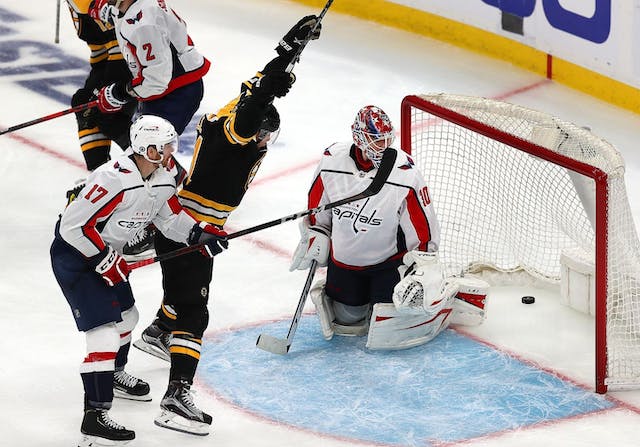 🏒Bruins: More hockey, more life. Craig Smith was the hero in yet another overtime (OT) battle between the Bruins and the Washington Capitals last night, finding the back of the net to lift the B’s to a 3–2 double OT win and a 2-1 series lead as they head into Game 4 tomorrow at 6:30 p.m. ET.

🏀Celtics: Stop us if you’ve heard this before, but Jayson Tatum is clutch. The 23-year-old notched his third 50-point game in the last six weeks, lifting the C’s to a 118–100 play-in win over the Washington Wizards on Tuesday. With the win, Boston secured the Eastern Conference’s No. 7 seed and their seventh consecutive playoff appearance. HYFR.

⚾️Red Sox: The Sox were embarrassed in Tuesday’s 8–0 loss to the Toronto Blue Jays and they took that personally, scoring five runs in the first inning alone en route to a 7–3 payback win over the Blue Jays last night.