The GIST: The Revolution might have lost yesterday, but with the Patriots grabbing a commanding win and clawing back to a .500 record, we’re all smiles in Beantown. 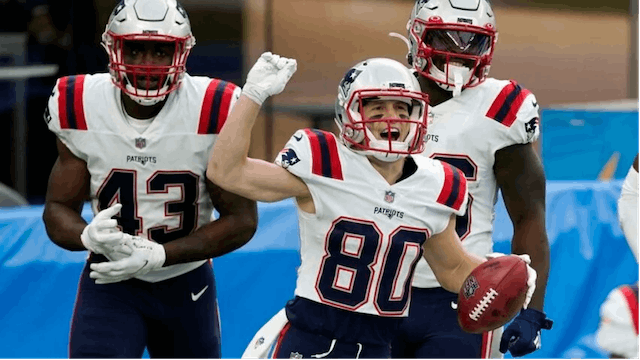 🏈Gunning for it: In a must-win game, the Pats got off to a fast start and never looked back, shutting out the LA Chargers 45–0. The best moments of the game?

⚽️The end of it all: The Revolution’s hopes to become the latest Boston team to win a championship were dashed yesterday at the feet of Columbus Crew SC. Revs’ goalkeeper Matt Turner made big save after big save, but the Revs couldn’t live up to Bruin David Pastrňák’s pregame prediction.