This Week for the Blackhawks, Fighting Illini, Bulls 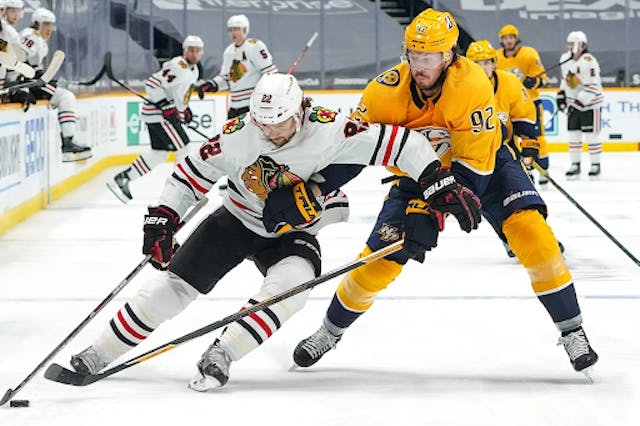 🤸‍♀️College gymnastics: The Fighting Illini have some serious moves on the floor...and the beam and the bars. The U of I women’s gymnastics team is 3-0 thanks to the prowess of  sophomore Mia Takekawa and junior Shaylah Scott, who both scored more than 9.8 in their events last weekend. They have us flippin’.

🏀The Bulls: Bulls center Wendell Carter Jr. recently suffered a quad contusion that’ll take him off the court for at least a month for the third season in a row. Tragic. Carter has started in 14 of the Bulls’ 17 games so far, so this news is not what we wanted to hear.