When the going gets tough, the Jets still lose

The Jets are still winless and both MLS teams lost in play-in games. Maybe Jersey’s the problem? 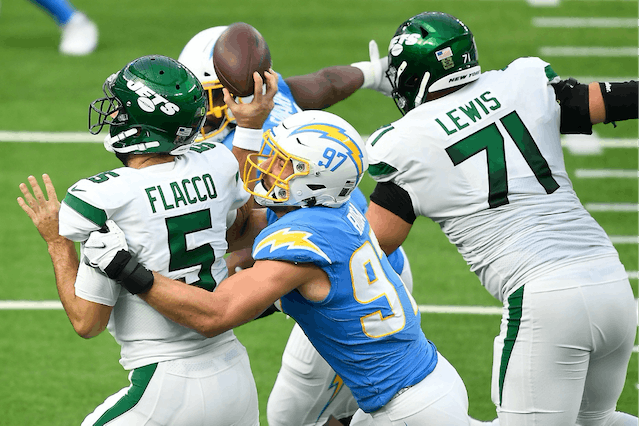 The GIST: The Jets are still winless and both MLS teams lost in play-in games. Maybe Jersey’s the problem?

🏈Not mad, just disappointed: The Jets added another loss to their now 0-10 season, falling 34–28 to the LA Chargers yesterday. QB Joe Flacco struggled mightily, opening with a pick-six and failing to complete a single pass to a WR all game. Despite a briefly exciting second-half comeback, there’s not much to say about the Gang Green other than that they’re really bad.

🏀Wheelin’ and dealin’: After the glitz and the glam of the NBA Draft, the Knicks and the Nets are making free agency moves. Yesterday, the Knicks signed guards Austin Rivers and Alec Burks from the Houston Rockets and Philadelphia 76ers, respectively, to add more depth to that position.

⚽On the pitch: Both NY MLS teams ended their seasons this weekend with losses in the MLS Cup play-in games. The Red Bulls lost 3–2 to Columbus Crew SC while NYC FC just missed Orlando FC in a 6–5 loss via a wild penalty kick shootout.