D.C.: To all the teams we’ve loved before

This Week from the Washington Football Team, Wizards, and Capitals 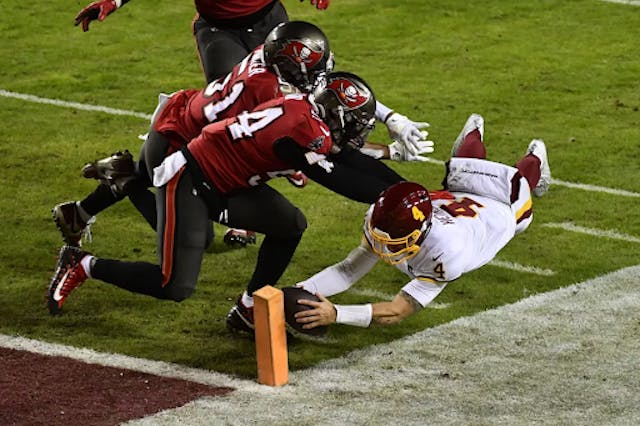 🏈Washington Football Team (WFT): The WFT made a QB signing...it just wasn’t exactly the big splash we hoped for. Playoff legend Taylor Heinicke (pronounced HIGH-NUH-KEY) will stay in the District, signing a two-year deal yesterday. That said, we think he’ll still be a backup.

🏀Wizards: The Wizards couldn’t defy gravity, falling to the Toronto Raptors 137–114 yesterday. Despite the loss, we’re choosing to find joy in the little things.

🏒Capitals: If you were wondering when the Caps play next, well, they’re on a break. Three Caps’ games were postponed this week but they’re scheduled to return to the ice on Sunday against the Pittsburgh Penguins. On the bright side, no Caps appeared on the COVID-19 protocol list. Knock on wood.