September 19, 2022
In a weekend full of fútbol, NCAA women and men were making history on the pitch with upsets that rewrote more than just this season’s books.
College SportsSoccer 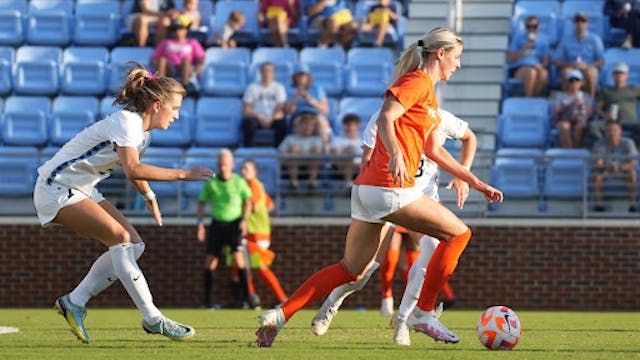 The GIST: In a weekend full of fútbol, NCAA women and men were making history on the pitch with upsets that rewrote more than just this season’s books. Here’s who’s drinking the good champagne.

The women: The No. 2 UNC Tar Heels may be the world’s greatest college soccer dynasty, but the No. 7 Virginia Cavaliers had something to say about that on Saturday, coming from behind to beat the Tar Heels 3–2. The game marked UNC’s first-ever regulation loss after being up by at least two goals.

The men: While it wasn’t the only ranked upset of the weekend, it was arguably the most prolific. The still-undefeated No. 16 Syracuse Orange took down the No. 1 team for just the third time in program history on Friday night, besting the Clemson Tigers 2–1 on home turf.