Seattle: Gonna wish we had a storm warning

The GIST: Here we were, just admiring our fave power couples in GQ...and all of sudden the Storm starts trading players left and right. 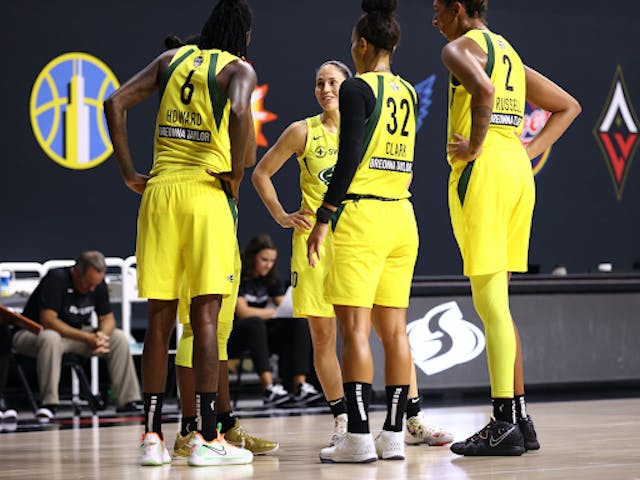 🏀Storm: The Storm are definitely not running it back. Yesterday, they traded 2019 Defensive Player of the Year Natasha Howard and sharpshooter Sami Whitcomb to the New York Liberty, and acquired Mikiah “Kiki” Herbert Harrigan from the Minnesota Lynx and Katie Lou Samuelson from the Dallas Wings. Jaw-dropping.

🏈Seahawks: The Seahawks and QB Russell Wilson aren’t breaking up, but Wilson isn’t happy. He made it crystal clear on Tuesday that he wants better pass protection from the offensive line and more say in personnel decisions. Only time will tell what’s next.

Alleah Taylor: Last month, we covered the initial domestic violence charges against former Seahawk Chad Wheeler. Yesterday, survivor Alleah Taylor bravely spoke about the harrowing events she endured. If you or someone you know is experiencing domestic violence, please contact the National Domestic Violence Hotline at 1-800-799-7233.