Chicago: Bop to the top

This week from the Bears and College Hoops 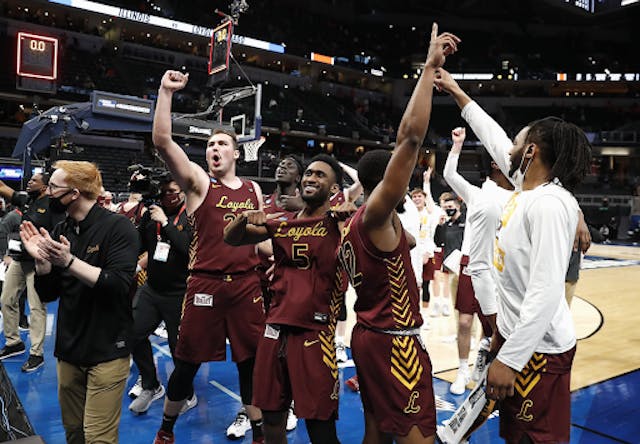 🎓🏀WBB: The No. 7 Northwestern Wildcats lost in the second round of the NCAA Tournament yesterday, falling 62–53 to the No. 2 Lousiville Cardinals. Despite leading at the half and staying close in the third quarter, the ’Cats couldn’t keep up with the Cards’ fourth-quarter push. Sigh.

MBB: After overtaking No. 9 Georgia Tech and No. 1 Illinois, Loyola will face an unlikely opponent in the Sweet 16: the No. 12 Oregon State Beavers. To get to this game, the Beavs first beat No. 5 Tennessee before downing No. 4 Oklahoma State on Sunday. But the question remains: which bracket-buster is better?

🏈Bears: The Bears signed former Kansas City running back (RB) Damien Williams to a one-year deal after he opted out of the 2020-21 season and was released by the team. Williams last took the field in the Chiefs’ Super Bowl LIV victory, when he became the first RB to ever run for 100+ yards while scoring both rushing and receiving touchdowns in a Super Bowl. Offense? Must be nice!