Philadelphia: Singing in the rain

The GIST: We interrupt our regularly scheduled Gritty programming to bring you an update on the slippin’ Sixers and the fightin’ Phils. Let’s go! 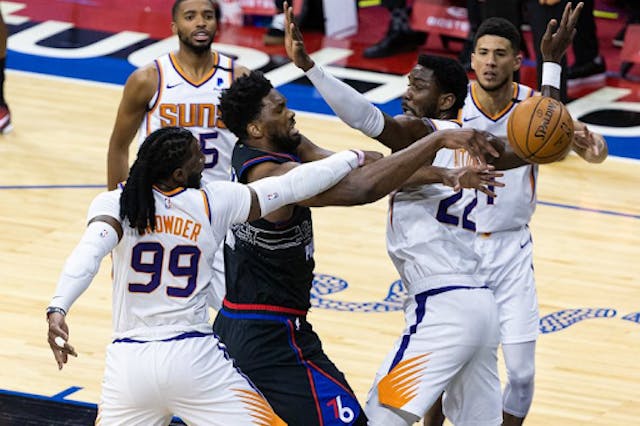 ⚾️Phillies: Down 0-2 in their series with the San Francisco Giants, the Phillies — after sitting through hours of a rain delay — found themselves tied in the bottom of the ninth inning yesterday. With one out, Philly’s Andrew Knapp hit a line drive to left field to send Bryce Harper home. Get phreaky.

The Phillies avoided the sweep and took home the 6–5 win, along with some renewed confidence in their offense. Love to see it.