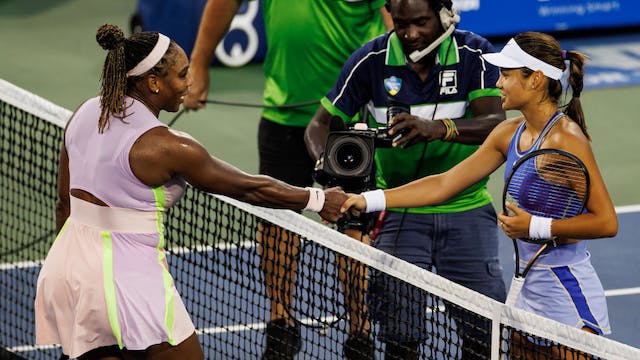 The GIST: While the countdown to this month’s US Open (the final major of the season and likely the last of Serena Williams’ career) is on, the stars are serving up some upsets at the Western & Southern Open in Ohio. Somebody call Drake.

Men’s: Meanwhile, things are just heating up in the men’s draw. After receiving a bye in the first round, No. 2 Rafael Nadal joins the party today as he takes on Borna Coric in the Round of 32. Elsewhere, defending US Open champ and world No. 1 Daniil Medvedev is already through to the Round of 16 after taking down Botic van de Zandschulp last night.