The Birds making a last-minute trade with the Dallas Cowboys to secure the No. 10 overall draft pick 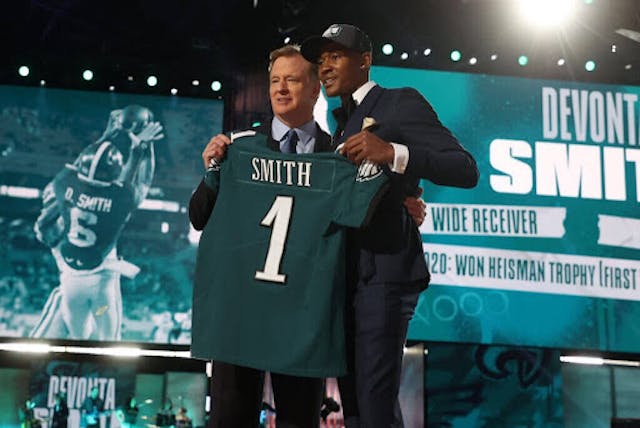 🏈Eagles: We’re feeling pretty optimistic this fine Monday morning after the Eagles’ solid draft picks over the weekend. The best part? The Birds making a last-minute trade with the Dallas Cowboys to secure the No. 10 overall draft pick, which they used to select national champion and Heisman Trophy winner, wide receiver (WR) DeVonta Smith.

⚾️Phillies: The Phils closed out a spicy weekend series against the NY Mets last night, taking only one of the three games. Tensions were high throughout the series after Phillies pitcher José Alvarado talked some major trash in the general direction of Met Dominic Smith in the first game.

⚽️🎓Penn State soccer: Both the men’s and women’s teams went into this year’s NCAA tournament unranked...and both have advanced to the third round. WE ARE so impressed.

After trouncing UMass 4–1 yesterday, the men are gearing up for their Thursday match vs. No. 8 Georgetown (time TBA).