No. 17 Rybakina and No. 1 Djokovic win respective women's and men's Wimbledon titles 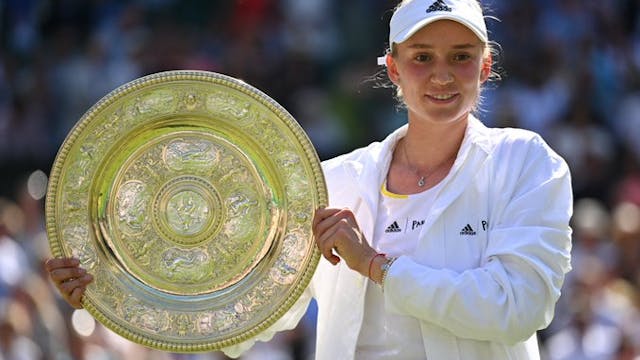 The GIST: Pack up the strawberries and cream and send your all-white ’fits to the dry cleaners (or the trash can), Wimbledon 2022 has officially come to a close…but not without some controversy.

Women’s singles: On Saturday, No. 17–seed Elena Rybakina defeated No. 3 Ons Jabeur in three sets to secure her first-ever Grand Slam title. The matchup was doubly history-making: Rybakina is the first player representing Kazakhstan to win a major trophy, while Jabeur is the first Tunisian and Arab woman to reach the final. Shivers.

Off the court: In addition to the royal family appearance, global politics found its way to Centre Court over the weekend. First, despite Rybakina changing her nationality from Russian to Kazakhstani in 2018 to secure better funding for her tennis career, Russia — whose players were banned from Wimbledon this year — tried to claim Rybakina’s win as their own. Classic.