The GIST: With COVID-19 reshuffling the college sports calendar, we have volleyball and football championship news today, along with a perfect game in softball. You hear that, Hannah? 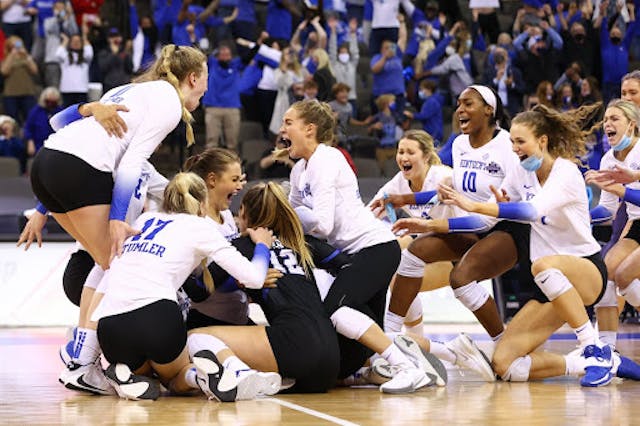 🏐Volleyball: No. 2 Kentucky’s historic season ended with their first-ever volleyball national title, as the Wildcats defeated No. 4 Texas in a four-set thriller on Saturday night. Fresh off her AVCA National Player of the Year honors, senior setter Madison Lilley posted a career-high 19 digs and was named the tournament’s most outstanding player. What team?!

🏈Football: Most Football Championship Subdivision (FCS) schools pushed their seasons to the spring due to COVID-19, so there’s more football for us with their championships now underway.

🥎Softball: There was some herstory on the diamond this weekend. On Friday, Division II Saint Anselm senior pitcher Morgan Perry tossed a no-hitter in a 3–0 win over St. Michael’s College. The next day? Perry tossed a perfect game (!!!), striking out 10 batters en route to the first perfect game in program history and her record-breaking 79th career win. What, like it’s hard?