The GIST: Even without their stars, the Capitals keep finding ways to pick up points. Meanwhile, Jennifer King and Ariel Atkins have accomplishments of their own to celebrate. 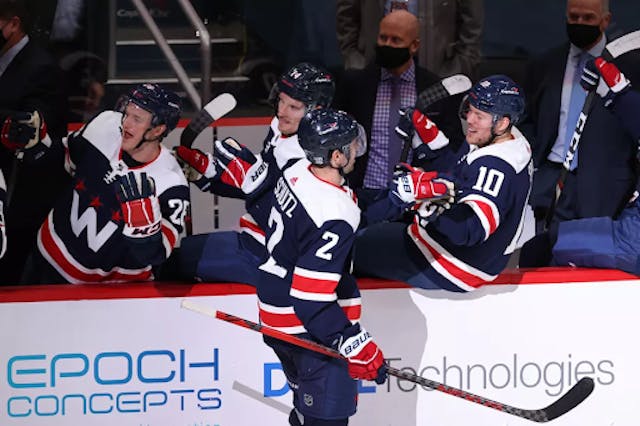 🏒Light the lamp: The Capitals improved to a 4-0-3 (wins, losses, overtime losses) record by somehow pulling off a last-minute victory over the New York Islanders on Tuesday. The Caps will try to win again tonight when they face off against the Isles at 7 p.m. ET, but might have to do it without centers Nicklas Bäckström and Lars Eller, who both left Tuesday’s game with injuries. Oof.

🏈🏀Let’s hear it for the girls: Raise a glass (or a mug) to Washington Football Team coach Jennifer King: she officially became the first Black female assistant coach in NFL history with her promotion on Tuesday. That’s our coach!

And women being recognized for their hard work doesn’t stop there. Mystic guard Ariel Atkins is one of 19 players who will take part in the USA Basketball Women’s National Team minicamp in February. Shoot your shot!