Los Angeles: Clippers Hope to Shine in Round 2 of NBA Playoffs 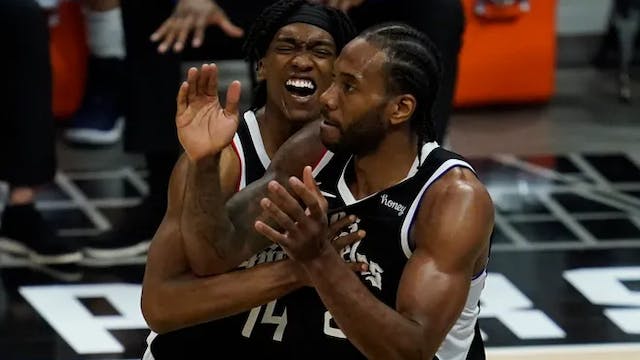 🏀NBA: While the Lakers won’t defend their championship (still crying), the Clippers are keeping the City of Champions’ title hopes alive, defeating the Dallas Mavericks in Game 7 yesterday to advance to the second round.

🏀Sparks: Although both Ogwumike (pronounced oh-gwoo-MIH-kay) sisters are out with injuries, Erica Wheeler stepped up with a season-high 22 points in the Sparks’ 68–63 victory over the Chicago Sky on Saturday. LA’s defense was stellar as well, with Amanda Zahui B.’s (pronounced ZAH-wee BEE) four blocks and Nia Coffey’s timely swat down the stretch. Bam.

🎓🥎UCLA: Despite an early, three-run homer from pitcher Rachel Garcia, the defending champs UCLA were eliminated from the WCWS by No. 1 Oklahoma on Saturday. Not how we wanted to see one of the all-time greats end her collegiate career.