There’s still some Challenge Cup business to take care of. 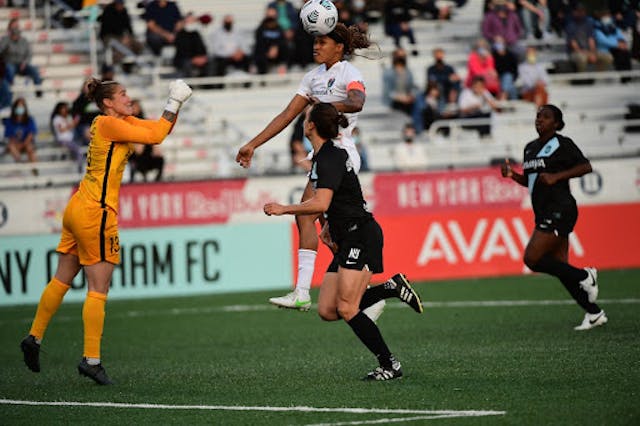 ⚽️Soccer: The NWSL released their regular season schedule on Tuesday, but there’s still some Challenge Cup business to take care of. The West Division-leading Portland Thorns already clinched a spot in the finals, but over in the East, the NJ/NY Gotham FC and the North Carolina Courage are still vying for the top spot, with one match remaining for each club.

🏒🏀Playoffs?!: The NHL and NBA playoffs are just around the corner, and seven NHL and two NBA teams are already locked in for the postseason. Check out the current NHL and NBA standings and cross your fingers for your fave team in the final stretch.

And there’s more soccer where that came from. Set an early alarm or enjoy the highlights over brunch as the second leg of the Women’s Champions League semis kicks off Sunday at 6 a.m. ET.