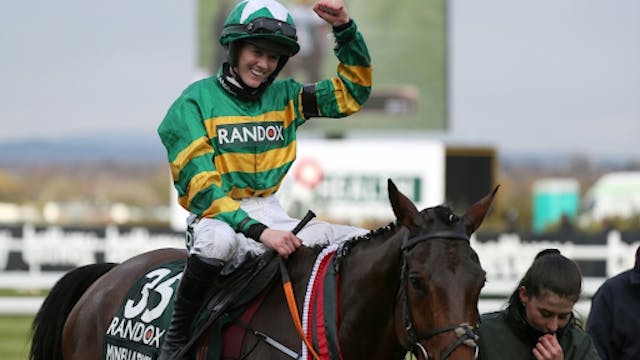 🏇Horse racing: Another gender barrier hurdled! On Saturday, Rachael Blackmore became the 20th female jockey to participate in, and first woman to win (!!!), the Grand National horse race in England, the premier steeplechase (think Kentucky Derby, but with jumps) in Europe. Jolly good!

🏀Basketball: We’re not sure what Alex Rodriguez’s connection to the Land of 10,000 Lakes is, but he’s been working hard to finalize a purchase of the Minnesota Lynx and Timberwolves. The deal would have him assume co-ownership of the WNBA and NBA teams starting in 2023. JLo (maybe) courtside at a W game? Yes, please.

⚾️Baseball: The San Diego Padres recorded the first no-hitter of the season on Friday, and somehow the first in franchise history. Elsewhere in SoCal, the much-hated LA Dodgers pitcher Trevor Bauer is being investigated by the MLB for using suspicious baseballs. Never a shortage of drama in La La Land.