LA: When you wish upon a star

The Chargers, who have the 13th pick in tonight’s NFL Draft, really need a left tackle. 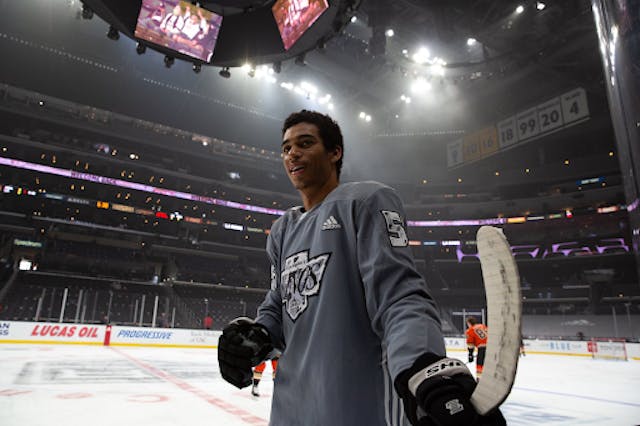 🏈NFL: The Chargers, who have the 13th pick in tonight’s NFL Draft, really need a left tackle. Star QB Justin Herbert hopes that’ll be his old college teammate Penei Sewell. But Sewell likely won’t fall to lucky number 13, which begs the question: will the Bolts trade up for a higher draft spot?

🏀Clippers: The Clippers came up short in last night’s highly-anticipated matchup with the Phoenix Suns, falling 109–101. The Clips are now in danger of slipping to fourth in the Western Conference and potentially facing the Lakers in the first round of the playoffs. We love the Battle of LA, just not that early in the postseason.

🏒Kings: The Kings probably won’t make the playoffs, but there are still reasons to celebrate. Eighteen-year-old center Quinton Byfield, who became the highest drafted Black player ever in NHL history when he was selected second overall in 2020, made his NHL debut last night. We love to see it.