The GIST: No (real) football, no problem. There’s plenty of ranked women’s basketball (WBB) action and season opening volleyball play on tap to keep us busy while we wait another week for Amanda Gorman’s performance at the big game. 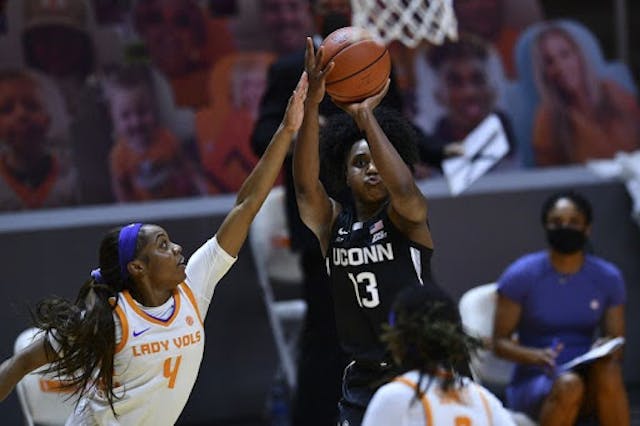 🏀WBB: With just seven weeks until March Madness selection day, there’s a lot riding on the ranked matchups over the next few days. First up, No. 3 UConn vs. No. 19 Arkansas, tonight at 6 p.m. ET on ESPN2.

Sunday: Close out your weekend and fill that football void with even more ranked play on Sunday. UConn will face another challenge in No. 17 DePaul at 1 p.m. ET, on Fox. Then No. 22 Georgia takes on No. 8 Texas A&M at 5 p.m. ET. How spoiled are we?

🏐Volleyball: Similar to college football, the Power Five conferences all took vastly different approaches to scheduling during the pandemic. Although some teams played a limited schedule in the fall, the Pac-12 and Big 12 got the party started last weekend, while the SEC opens up play this Sunday.