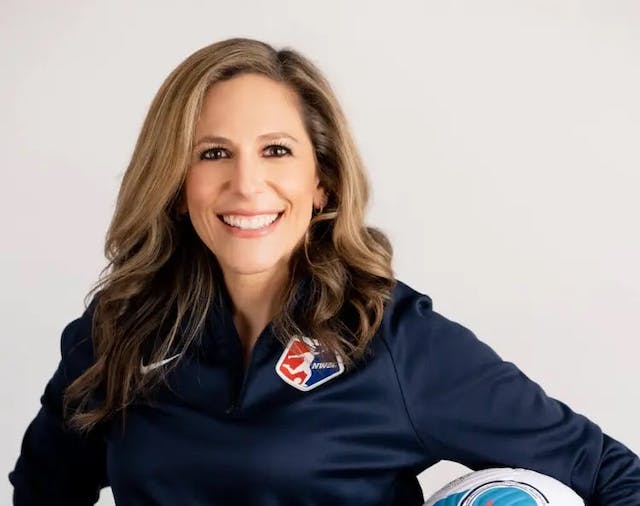 The GIST: The NWSL regular season kicks off today under new leadership. Veteran sports exec Jessica Berman officially took over as commissioner last week, and outlined her vision for the NWSL in an exclusive chat with The GIST.

The business case: One of Berman’s first endeavors will be pitching the NWSL to new commercial partners, doing so by promoting the league’s quantitative and qualitative strengths. “Our value proposition [is] in the way that our fans engage, in the demographics of who our fans are [and] in the way that they show up to support the league,” she said.

The media deals: The NWSL’s flashiest data point might be its recent TV wins. Audiences of 456K and 368K tuned in to CBS for Challenge Cup group play, outperforming several MLS games this year. Berman said the numbers showcase “a level of consistency that has allowed for that eye-popping number to not be thought of as a one-off.”

The qualitative argument: Berman frames investing in the NWSL as meeting the cultural moment. “These athletes have really transcended not just women’s sports or the sports ecosystem, but the mainstream narrative,” she said. “They’ve become symbols, I would say, of the times in which we are living.”

Zooming out: Realizing the NWSL’s financial potential is just one piece in correcting the league’s course. The 2021 season exposed a string of abuses by coaches and failures by higher-ups to protect players. Berman notes that a top task is ensuring “the players have confidence in the league’s professionalism and operational rigor.”