With the Washington Football Team (WFT) facing another beatable opponent and the Spirit’s roster in flux, our emotions are...right back where they were last week: all over the place. 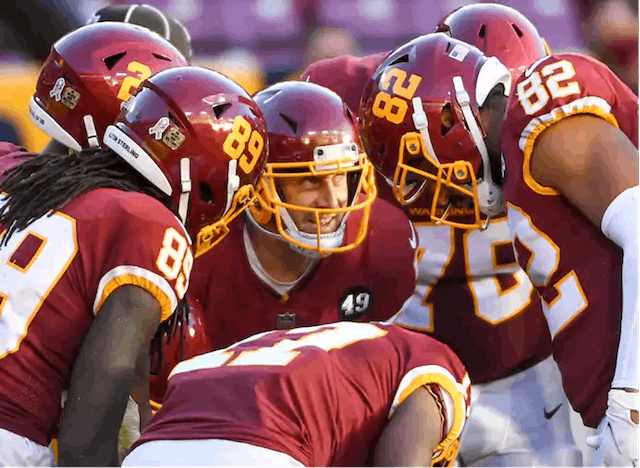 The GIST: With the Washington Football Team (WFT) facing another beatable opponent and the Spirit’s roster in flux, our emotions are...right back where they were last week: all over the place.

🏈On the gridiron: After a disappointing divisional loss last week, the WFT will look to rebound against the 3-5 Detroit Lions on Sunday at 1 p.m. ET. With quarterback (QB) Kyle Allen undergoing season-ending surgery, comeback kid Alex Smith will start for the first time in almost two years. Just like riding a bike, right?

⚽️ In low spirits: Tonight’s the night: the Spirit will find out which players they’re sending to Racing Louisville FC in the 2020 NWSL Expansion Draft. While the Spirit’s protected list (players that Louisville cannot select) wasn’t too much of a surprise, they’ll still potentially lose players like forward Kumi Yokoyama and midfielder Meggie Dougherty Howard. We’re not too good at goodbyes.