The GIST: There’s no way to stop yourself from smiling at new Spark Erica Wheeler's reaction when first seeing herself on a giant billboard. Let us help keep the good times rolling… 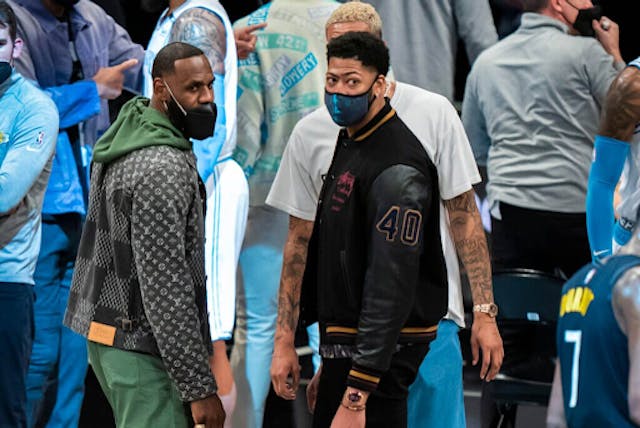 🏀NBA: We’ve waited with bated breath for this. No, not the latest on the Vivian catfishing scheme. But for Anthony Davis, who’s back for the first time since Valentine’s Day! The Laker star is expected to suit up tonight at 9:30 p.m. ET/6:30 p.m. PT against the Dallas Mavericks. Hopefully AD doesn’t let teammate Kyle Kuzma down.

⚾️MLB: Even though outfielder Mike Trout and two-way player Shohei Ohtani knocked out their sixth and fifth home runs of the season, respectively, the Angels lost 7–4 to the Texas Rangers yesterday, dropping the three-game series in the process. See if the Halos fare better against the other Texas team, the Houston Astros, tonight at 8:10 p.m ET/5:10 p.m. PT.

As for the defending champs, catch the 14-4 Dodgers tonight at 10:10 p.m. ET/7:10 p.m. PT when they host the San Diego Padres in another exciting series. Protect your nachos.