Seattle: All we do is win 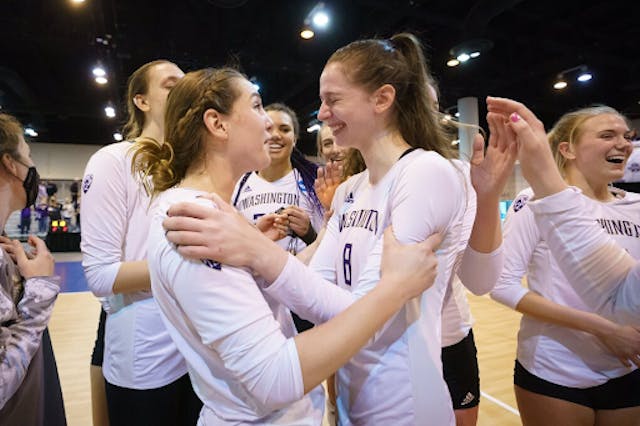 🎓🏐Volleyball: The No. 6 UW Huskies survived their second straight five-setter, edging out the No. 11 Louisville Cardinals yesterday to advance to the Elite Eight. Led by Maria Bogomolova’s clutch serving, the Huskies dug deep to come back from a six point deficit in the final set. Never count ’em out.

🎓🥎Softball: No. 6 UW softball followed up with a huge 6–1 win of their own yesterday to take all three conference games against No. 4 Oregon. The star of the show? Outfielder Sami Reynolds, who hit three home runs over the weekend. See ya!