Dallas: Do you believe in magic?

The GIST: The Mavericks have struggled to find their footing, posting a 3-4 record through the first two weeks of play. But they might be in for some fairy tale magic soon thanks to Kristaps “The Unicorn” Porzingis’ imminent return. 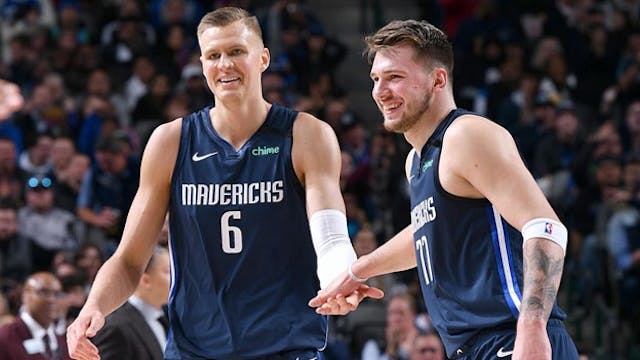 🏀Mavericks: The Mavs’ slow start can be attributed to a tough few games for star guard Luka Doncic. But the MVP favorite finally showed up in a 113–100 win over the Houston Rockets on Monday, recording his first triple-double of the season. Welcome back!

🏈Cowboys: The Cowboys might have been eliminated from the playoffs over the weekend, but that didn’t stop Cowboys owner Jerry Jones from boasting about his team’s “world record” attendance at AT&T Stadium this season...in the middle of a pandemic. Yeah, we’d much rather be bragging about a playoff run right now.