Turn the car around

The Washington Football Team (WFT) brought the holiday cheer yesterday with a key win, while the Wizards rang in NBA free agency with all the theatrics. 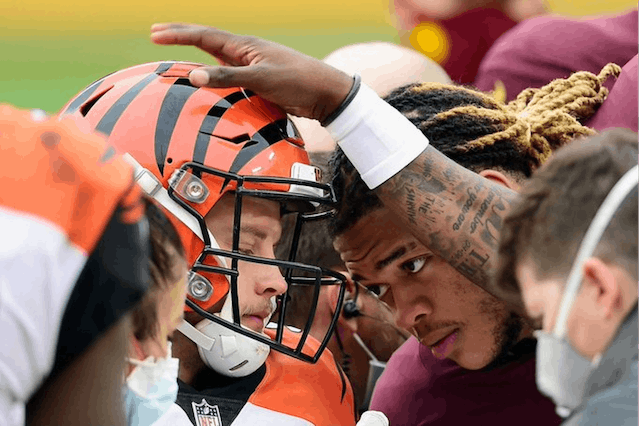 The GIST: The Washington Football Team (WFT) brought the holiday cheer yesterday with a key win, while the Wizards rang in NBA free agency with all the theatrics. ’Tis the season.

🏈Sweet, sweet victory: Winning feels so good. The WFT are still in the NFC East race, thanks to yesterday’s 20–9 triumph over the Cincinnati Bengals and the division-leading Philadelphia Eagles’ loss. With WR Terry McLaurin continuing to shine, never say never.

🏀Hello, goodbye: The John Wall for Russell Westbrook trade still hasn’t materialized. But that hasn’t stopped Wall from expressing his desire to leave the Wizards, just after the Wiz re-signed Dāvis Bertāns to a monster deal in hopes of seeing that sharpshooting meld with Wall’s return from injury. New guy Robin Lopez summed up our feelings perfectly.