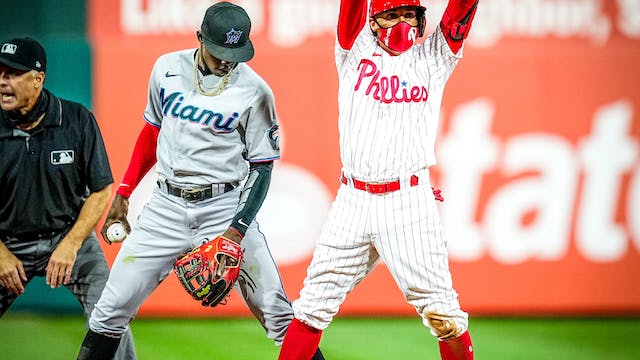 ⚾️Phillies: The Phillies lost to the Miami Marlins 3–1 last night to bring the series count to 1-1. On Tuesday, the Phils’ bats were falling flat until pinch hitter Ronald Torreyes smacked a two-run double, sparking their seven-run eighth inning and helping earn the 8–3 victory.

🥎Villanova: Less than a week after the Villanova women’s softball team won their first Big East Conference title in program history, the Wildcats will take the field in another program first: the NCAA tournament.

Rauch and the rest of the Villanova squad open the double-elimination regional tournament against the Ole Miss Rebels tomorrow at 6 p.m. ET. Let’s go ’Cats!