The GIST: Although the NWSL isn’t back until April’s Challenge Cup, four of our Red Stars will be sporting USWNT kits this week as they kick off the 2021 SheBelieves Cup. 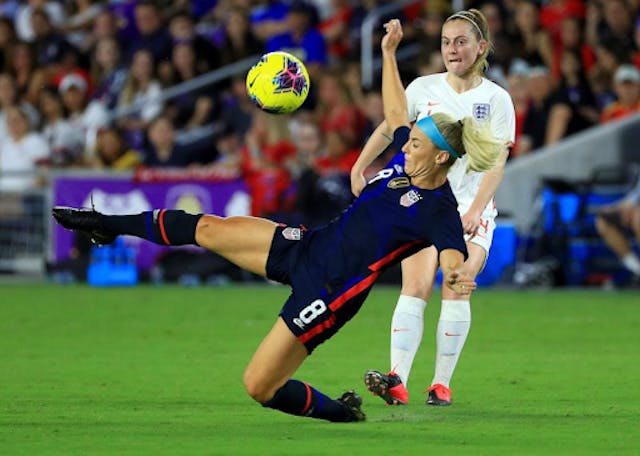 The GIST: Although the NWSL isn’t back until April’s Challenge Cup, four of our Red Stars will be sporting USWNT kits this week as they kick off the 2021 SheBelieves Cup.

Our girls: Defender Tierna Davidson, midfielder Julie Ertz, goalkeeper Alyssa Naeher and, as of this past weekend, defender Casey Krueger will join the USWNT for tonight’s match. All of these Red Stars are veterans of the tournament, including 22-year-old Davidson, who joined the USWNT during her collegiate career at Stanford. NBD.

Better than before: Naeher and Ertz were members of the 2016 Olympic team, and both are expected to return and avenge their quarterfinal loss. A first? Now that Hope Solo is no longer on the squad, Naeher is likely to earn the starting goalkeeper spot. We always knew she was a keeper.