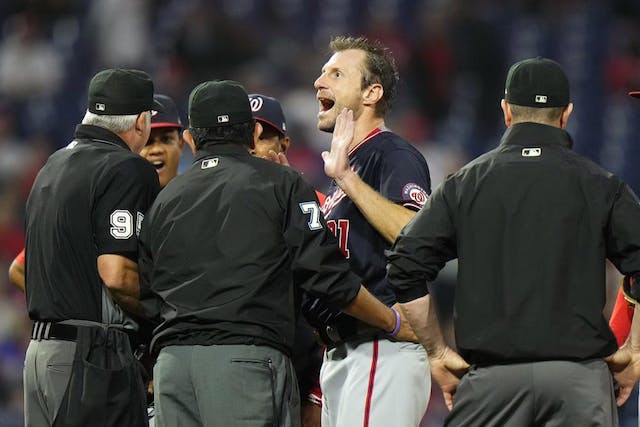 ⚾️Nationals: The Nats swept the Philadelphia Phillies in a series that wasn’t short on drama. Due to MLB’s latest attempt to check for “foreign substances” on baseballs, pitcher Max Scherzer’s hat, glove and belt were inspected three times (!!!) on Tuesday. By the third time, Scherzer was so irate he almost took his pants off. He’s not nicknamed “Mad Max” for nothing.

🏀Mystics: The v. injured Mystics upset the Seattle Storm 87–83 on Tuesday. Three Olympians — Team USA’s Tina Charles and Ariel Atkins, as well as Team Australia’s Leilani Mitchell — led the way, combining for 12 three-pointers to take down the defending champs. Swish. Let’s do it again tonight at 10:30 p.m. ET against the LA Sparks.