New York: Harden and the city

The GIST: Even though the Knicks and Nets played each other last night, the game was the last thing on New York basketball fans’ minds. 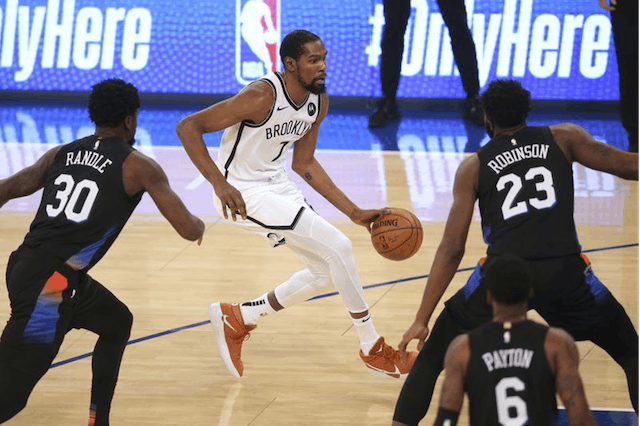 🏀Nets: Let’s get right to it. In yesterday’s huge four-team trade, the Nets walked away with James Harden (and his drama). To get him, they gave up guard Caris LeVert, center Jarrett Allen, forward Taurean Prince, and forward Rodions Kurucs, plus a litany of draft picks. Throw that investment in your 401K.

Knicks: While the Nets are bringing some serious Samantha energy, the Knicks seem to be channeling Charlotte’s mild manners. Julius Randle led the team with 40 points; RJ Barrett scored 20, showing off his jumper to Steve Nash, who happens to be his godfather.

🏒NHL: If you can’t get enough New York-on-New York action, the Rangers and the Islanders open the season against each other tonight at 7 p.m. ET. Time to see what all this Alexis Lafrenière hype is about.