Tough Olympics for the USWNT after loss to Canada

The GIST: The USWNT lost their semifinal match to Canada 1–0, thanks to a penalty kick awarded late in the second half. Heart-wrenching. 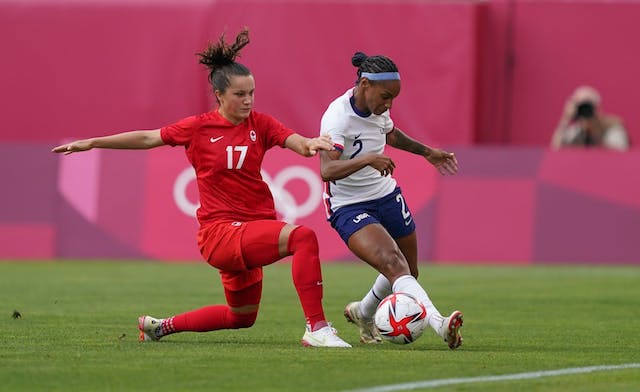 The match: The USWNT’s offense looked uncharacteristically off. Their first shot on goal didn’t come until well into the second half, with six shots on goal total. On defense, goalie Alyssa Naeher — the quarter-finals hero — left in the first half with a knee injury.

What’s next: As if today’s suffering wasn’t enough, we’re faced with another 4 a.m. ET kickoff for Thursday’s bronze medal match. The USWNT will take on Australia, who they played to a 0–0 draw in the group stage. Time to bounce back.