The GIST: After a match that at times looked more like a diving competition than a soccer game, the Academy Award UEFA European Championship goes to…Italy. 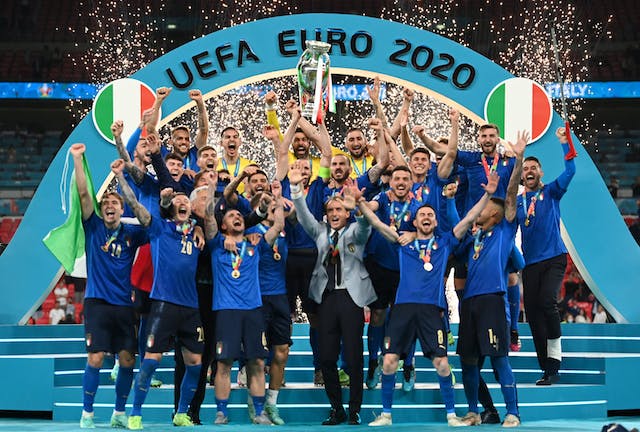 The big game: It was supposed to be the perfect setup for an England win. At home in front of 60,000 fans at Wembley Stadium, the English team opened with a Luke Shaw dagger in the second minute, the quickest goal in Euro final history

The aftermath: Back to those English fans. We previously talked about them booing their own team for taking a knee before matches, but things got worse yesterday when Black players Marcus Rashford, Jadon Sancho and Bukayo Saka were targeted in online racial attacks after they missed their penalty kicks. Disgusting.

Up next: With the Euros over and Copa America won handily by Argentina on Saturday, it’s time for the Concacaf Gold Cup, North America’s continental tournament, all in preparation for next year’s 2022 FIFA World Cup in Qatar.

Of course, we can’t forget about the next biggest soccer event: the Olympic soccer tournament, starting July 21st. The U23 teams will compete on the men’s side, but it’s the women’s tournament we’re especially psyched for. Get excited.