The GIST: ICYMI, the Bears didn’t quite make it to the Super Bowl. So instead, we’re bringing you a rundown of how the Bulls and Blackhawks are doing a month or so into their 2021 seasons. 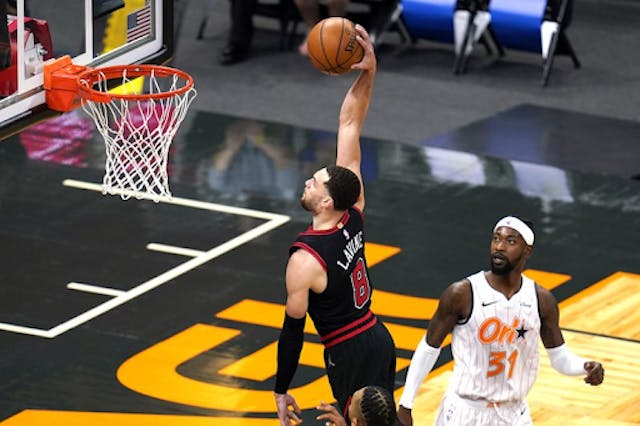 🏀NBA: The Bulls beat the Orlando Magic 118–92 on Saturday, capturing only their second win in their last seven games. Guard Zach LaVine scored 39 points (!!!), while rookie Patrick Williams recorded 16 following his record-breaking performance on Friday. Did we mention he’s only 19?

🏒NHL: Chicago beat the Dallas Stars 2–1 in overtime yesterday, securing their second back-to-back win this season. The 5-4-4 (wins, losses, overtime losses) Hawks are currently sitting in the middle of the Central Division and have done a fairly good job at staying close to some tough teams.

Still without captain Jonathan Toews, Chicago feels like a young group trying to find their groove. While we don’t anticipate any Stanley Cups in Chi-town’s immediate future, we’re saying there’s a chance at the postseason.