Keep your eye on Świątek, Trevisan 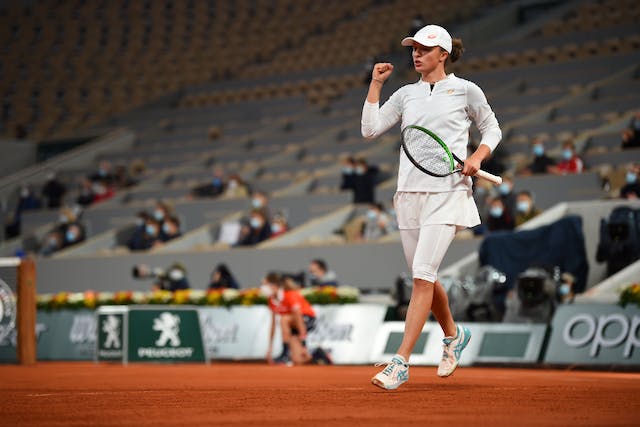 The GIST: Paris, France: the city of lights, love and...tennis underdogs. The second week of the French Open is underway, and some fresh faces are in contention for the last major of the year.

Like who?: Iga Świątek (pronounced SHVEE-ON-TIK) and Martina Trevisan, for starters. World ranked No. 54 Świątek, a 19-year-old from Poland, ousted the tournament’s frontrunner, No. 1 seed Simona Halep. Just as impressive, Trevisan, who’s ranked 159 and playing in just her second Grand Slam, knocked out No. 5 seed Kiki Bertens. Świątek and Trevisan will now face each other in tomorrow’s quarter-final (QF). So cool.

Any other familiar faces?: A few top dogs are still hanging on. World No. 5 Elina Svitolina advanced to the quarters yesterday, No. 6 Sofia Kenin and No. 11 Petra Kvitová are set to play their fourth-round matches today and the top three men’s players are still in contention. Check out the full schedule here.