Chicago: Yeah, it was a good day

Cubs take two of three in their series against the Pittsburgh Pirates. 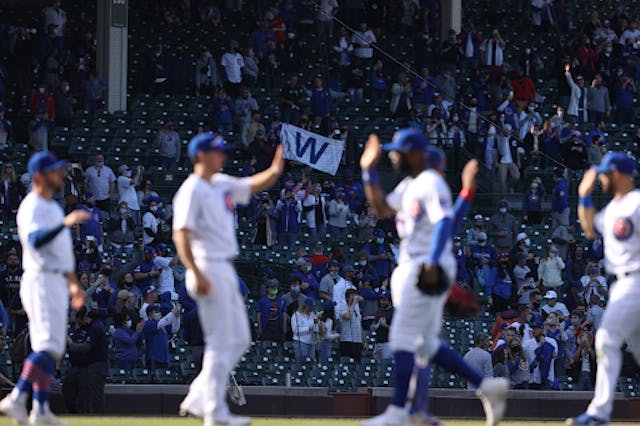 ⚾️Cubs: After a frigid Opening Day loss, the Cubs got hot for the rest of the weekend, taking two of three in their series against the Pittsburgh Pirates. Between the homers from Kris Bryant and Ian Happ and the impressive return of Cy Young winner Jake Arrieta, fans are feeling hopeful for the next 159 games. Fly the W!

Sox: The White Sox won one of four in their opening series with the LA Angels this weekend. Besides the aforementioned Mercedes, fans were fired up over the Sox’s 12-run victory on Friday and 21 year-old pitcher Garrett Crochet’s perfect 2.1 innings on Saturday. S’fun. While it was a bit messy at times, for the first series on the road, we’ll take it.

🏀Bulls: The Bulls snapped their six-game losing streak yesterday when they beat the Brooklyn Nets 115–107. It was an off day for the Nets and a great day for the Bulls, who looked like they were finally clicking with new addition Nikola Vučević. ’Bout time!

🤸‍♀️Illini: The U of I women’s gymnastics team ended their season when they failed to qualify for nationals in their regional meet this weekend. Even though regionals wasn’t their best performance, the Illini, who earlier this season scored the best overall score in program history, should still be v. proud.