The GIST: While the temps in New York keep dropping, so do our teams’ records. Today we’re bringing you the quick-and-dirty of how our NBA and NHL teams are faring a month or so into their seasons. 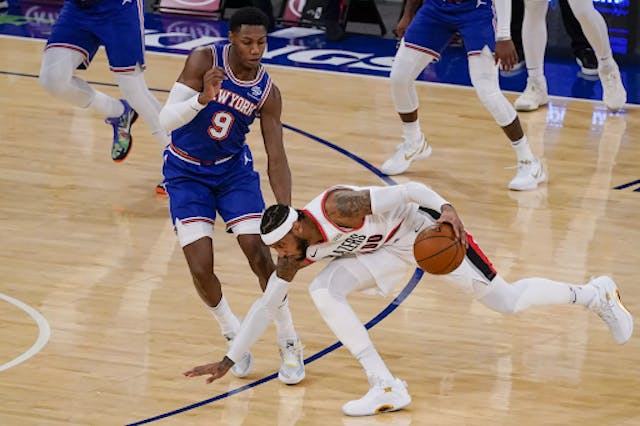 🏀Nets: The Nets notched their second straight loss, falling 124–108 to the Philadelphia 76ers on Saturday. They sorely missed Kyrie Irving, who was out with a finger injury, and Kevin Durant, who was sidelined after being pulled mid-game due to COVID-19 protocols on Friday.

Knicks: The Knicks took down the Portland Trail Blazers 110–99 on Saturday in a game where everything just worked for New York. Six Knicks — including forward Julius Randle, forward RJ Barrett and point guard Immanuel Quickley — scored in the double-digits, showing how well they’re working together to earn these wins.

🏒NHL: The Islanders beat the Pittsburgh Penguins 4–3 on Saturday to end their five-game losing streak, just in time to face the Rangers tonight at 7 p.m. ET. The Islanders are currently hovering around the bottom of the East Division, but we know not to count them down and out.