The GIST: The Bears extended their losing streak to five straight games after falling 41–25 against their arch rival, the Green Bay Packers, last night. 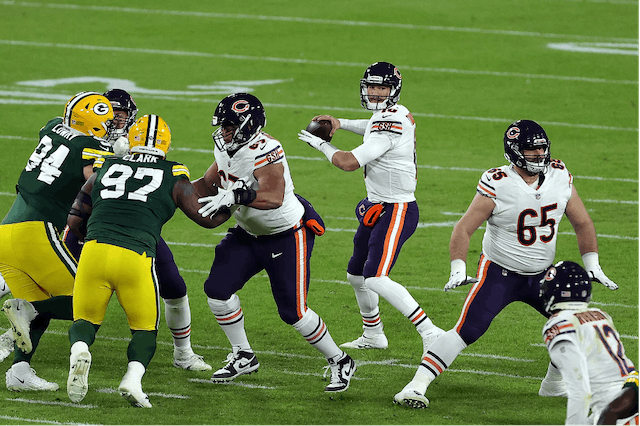 🏈When will it end?: QB Mitch Trubisky earned his first start since Week 3, but despite a serviceable performance, the switch from Nick Foles didn’t seem to make much of a difference. He threw for three touchdowns and 242 yards, but was not without missteps: he also threw two interceptions, a direct result of poor decisions to throw into heavy coverage.

🏀College rundown: The U of I Fighting Illini’s basketball season is already off to a hot start. The women won their opener against the Indiana State Sycamores 68–49 while the No. 8 ranked men’s team is 3-0. Yessir!