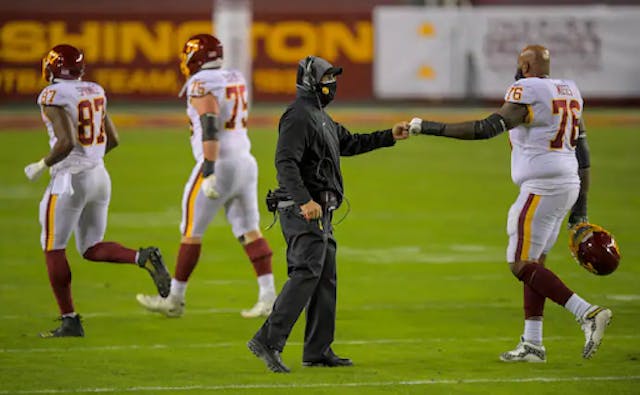 🏀NBA: The Wizards’ incredible winning streak ended with Monday’s overtime loss, but they got back on track by dunking on the LeBron-less LA Lakers yesterday. Russell Westbrook remains a triple-double machine, racking up his 30th of the season and closing in on the all-time NBA record. “Sh!t ain’t easy though.”

🎓⚽️College: Both Georgetown soccer teams are gearing up for this weekend’s NCAA tournament second round matches. The 13-seed women will play South Carolina on Saturday at 6 p.m. ET, while the defending champs 8-seed men face High Point on Sunday at 12 p.m. ET. Hoya Saxa!

The UVA men, who lost to Georgetown in the 2019 championship game, will not be making an appearance. The ’Hoos will miss the NCAA tournament for the first time since 1980, ending the longest streak in the nation. Womp.